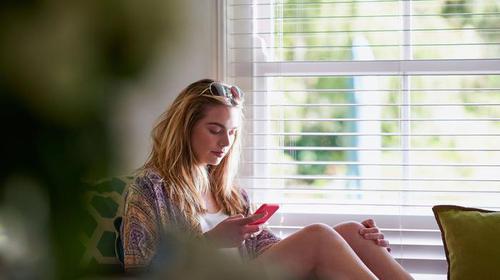 How to Write a Great First Dating Message

February 14, 2017 | Rena | Comments Off on How to Write a Great First Dating Message

How to Write a Good Online Dating Icebreaker

Writing good dating messages are indeed an art form and for many online suitors trying to attract that special someone, it takes a great deal of misfires before they get the process right. What’s important to know is, an ineffective icebreaker will kill your chances with another online dater before they’ve even gotten off the ground. So let’s talk a little bit about what works and what doesn’t.

Read Their Profile, and Tailor your Icebreaker to Them

The best icebreakers show that you’re not just writing a form letter to half the girls on the site, but are interested in that particular girl on the site. Ladies like to feel special and a generic opening is going to be a major turn off for them. Clever and witty are good, especially if you’ve put some thought into them. You want your opening to be well crafted, but without making it look like you’re trying too hard.

“Hi [usernamehere]. I stumbled on your profile and see you like [something that I also like]. [Something relevant about what we both like]. [Open ended question about that interest].

So, for instance, if you’re both foodies and dig going out to restaurants, it’s going to be helpful to say something like:

“Hey [username]. I saw your profile and I’m a huge foodie too. There’s this little gastropub call suchandsuch and they make the best foodstuff I’ve ever had. Have you been there? What’s your favorite restaurant in the area?

The best online dating messages are all going to be tailored to some specific interest that the other person and you share. While these are kind of cookie cutter, they have the benefit of sounding excited about something, and asking an open ended question (as opposed to a yes or no question). The idea here is that they get to talk about themselves and the things that they like. It generates a give and take and a back and forth. This will result in her feeling positive about the exchange because she gets to talk about what she likes, and you will feel positive because you got a positive response.

Calling a woman you’ve never met “honey”, “babe”, or “baby”, is unlikely to elicit a positive response because it assumes a sort of familiarity that you haven’t earned yet. You’re acting like she’s your girlfriend already and she isn’t, and that’s going to creep her out.

Likewise, being complimentary is ok, but being over complimentary sounds like you’re trying too hard, and that makes you sound insincere. A good practice is to engage her in stuff you both like and then after you’ve set up a date talk about looking forward to meeting her or complementing the exchange and not her directly. That will leave her feeling good about the dynamic which is infinitely more successful than telling her you think she’s hot.

So a good first date message should not assume any familiarity that is not there, should not involve anything overly intimate, and should not be generic.