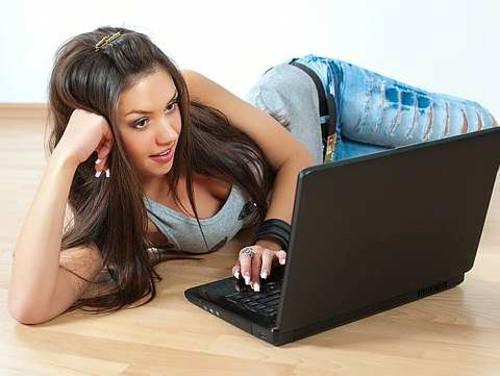 March 1, 2017 | Rena | Comments Off on 3 Keys to Write Dating Messages that Actually Get Dates

If you look around on websites for good icebreaker messages you’ll find cookie cutter open ended questions that result in severe annoyance for those on the receiving end of them. That’s because they’re stupid. Take for instance this ice breaker message:

“Tell me two truths and a lie!”

First of all, addressing someone you’ve never met before with no introduction in a direct command form is going to immediately make my skin crawl. Second of all, you could have said the exact same thing to 100 different women on the site, and mass mailed it out, in the hopes you would get one or two replies.

The trick to get dates online is to tailor your message to the individual lady you’re trying to get with. This technique is as true on hookup sites as it is on vanilla dating sites. It shows that you’re interested in that individual girl, have read her profile, seen something that you liked, and then decided based on that information to initiate contact. So using a stupid form template or a canned conversation started is the road to loneliness.

As stated prior, the best online dating messages employ some strategy that tailors your message specifically to the lady you’re interested in. This really is the most important thing. Make reference to shared interests, favorite bands, activities you’d like to do, and things of that nature. Then follow them up with an open ended question. For instance.

“Hi [ladydater], I was checking out your profile and I saw you really like the band [band]. I saw them live last year at [place]. Probably the best concert I’ve ever been to. They’re live version of [song] is freaken amazing! Are you into / have you heard of [another band too]?”

This works because it lets her answer a question and let’s her know that not only did you take the time to read her profile, but you have knowledge and interests that are roughly the same as hers. One idea here is to list a band that’s going to be in the area, that is of a similar genre to the band you both like, or a local band that performs in the area often.

The trick here is to be natural, but you’re leading it toward the two of you going out together and checking out the band. Live shows are great first date ideas, because you’re both doing something you enjoy, and you’re not totally focused on one another in the process. You might want to go out together and get coffee first and try to get to know one another a little bit too, but the lead in is pretty perfect if you work it right.

Compliment the Interaction, and not her Appearance

Saying this like “ur hot” or “hey gorgeous” are not going to get you very far. They come across as sleazy and predictable. Other than saying you dug her profile, and the reasons why, like she’s into the same stuff as you, or you really liked the way it was written, her sense of humor, her straightforwardness (etc), compliments are best saved for the date itself.

Saying something sweet like, “that was a cool conversation” or “I enjoy talking to you” puts yourself out there, makes you vulnerable, and elicits a response. If she responds positively to that, then you got her where you want her. Just don’t send her a dick pic 3 messages later, and you’ll be fine.