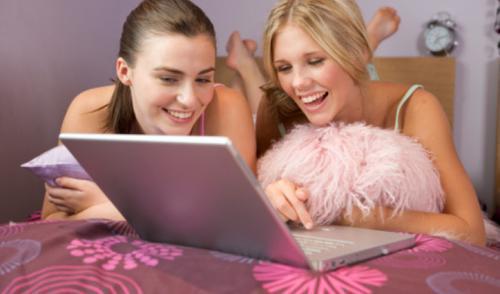 3 Icebreaker Fails: What you are Getting Wrong in your Online Dating Messages

April 2, 2017 | Rena | Comments Off on 3 Icebreaker Fails: What you are Getting Wrong in your Online Dating Messages

3 Icebreaker Fails: How to Get More Dates with Your Online Dating Messages

Guys are bizarre and strange entities that have a tendency to do remarkably stupid things, and this is especially true when they’re hiding behind a mask of pseudo-anonymity and trying to contact us women in an online dating setting. It’s as if because we’re not physically there before them, they can say any manner of idiotic nonsense and this is somehow ok because they’re only talking to a pixelated representation of us.

Or maybe it’s less sinister than we women believe. For instance, if I went up to a guy at random at said “hey cutie, u DTF,” he would likely be thrilled by the invitation. So guys in all their ignorant glory think that because this would work for them, it will also work on girls.

The thing is, it won’t. Guys send wrong-headed dating messages to ladies on dating sites all the time. They act like the girl is already his girlfriend and they do this because they think it exudes confidence. On some basic level, it does exude confidence, but like most things in life, there is nuance involved. Asking a girl if she’s DTF is not likely to elicit a favorable response, even if she is DTF. Even on hookup sites, girls do not want to feel as if they’re cut rate prostitutes.

When guys, even when they’re not douche bags, try to push everything toward a boyfriend/girlfriend relationship, it comes across as desperate and forced. We don’t like being fixated on, especially in the early stages of a relationship, before the relationship is even a relationship.

Icebreaker Fail: Not Trying to Get to Know her First

Dating is an elaborate dance. Icebreaker fails happen when guys forget this. They forget that women want to feel like they’re part of something with you together, and that begins by starting a conversation, not a proposal. I don’t mean proposal in the marriage sense, but even in the dating sense. If you lead by talking about sexual things or physical intimacy, then you leave no room for her to anything but reject or accept, and women will never accept a sexual proposal from someone they’re talking to over broadband.

Icebreaker Fail: Not Showing an Interest in her Specifically

Even well thought out messages that are based on a rigorous examination of your crush’s profile sometimes fail. This happens in instances where you go off on an extended diatribe without leaving any room for her to respond. Ok, so you both like Philip K. Dick novels. Great! You can even talk about them and do some light critique, but for the love of god, ask her a question too. This lets her know that you’re interested in her, and not just talking about Philip K. Dick. Ask her what her favorite novel is. Pay attention to what she says. Create a rapport. Show that you value her opinions, and this will make her feel good and comfortable about the dynamic you two are establishing.

Tags : best dating messagesget more dates with your messageicebreaker failonline dating messagewrong dating message
Largest Dating Websites And How To Make A Woman Crazy About You
Here is Exactly What to Say in Your First Online Dating Message